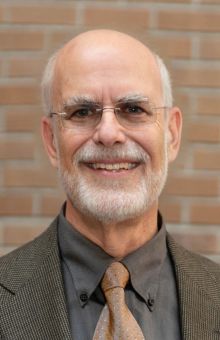 The focus of Dr. Rabinovitch’s laboratory research is on the use of mouse models to examine the effects of enhancing mitochondrial function on lifespan and healthspan. We have previously established that transgenic mice that overexpress catalase have exteneded lifespan and protected against multiple health challenges, including cardiac aging, sarcopenia and some cancers. Similar benefits are conferred by treating mice with the tetrapeptide drug elamipretide (a.k.a SS-31). The interrelationships of mitochondrial energetics with cell signaling pathways that mediate improved healthspan, including resistance to cardiac hypertrophy and failure, are thus of central interest to the laboratory. In addition to physiological and biochemical assays, proteomic and genomic technologies are being actively utilized in laboratory studies.

Dr. Rabinovitch was the founding director (1985) of the University of Washington Nathan Shock Center for Excellence in the Basic Biology of Aging, one of 5 such NIA funded Centers in the country. He has been funded continuously by the NIA since 1981, including as the PI of a Program Project in aging since 2004. He is a Fellow of the American Association for the Advancement of Science, a recipient of the Denham Harman Lifetime Achievement in Research Award from the American Aging Association, a Distinguished Service Award from the International Society of Analytical Cytometry, a Breakthroughs in Gerontology grant award from the American Federation for Aging Research and a Distinguished Alumnus Award from the University of Washington School of Medicine.