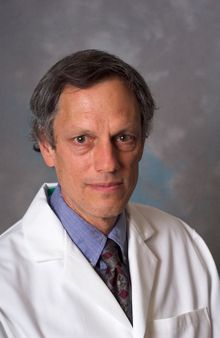 My general interests are in vascular biology and molecular regulation of vascular (and other tissue) response to injury. My lab is currently working in three project areas. For more detailed information about these projects, Read the Specific Aims of the NIH grants that fund my research. To see a list of publications, go to my COS site.

We are developing a system of conditional reporters and cell-type-specific markers in transgenic mice to determine the origin of cells involved in formation of new blood vessels in injured tissue. We are most interested in cell derivation from undifferentiated “stem cells” and via “transdifferentiation” from other cell types.

We have developed a system for regulating apoptosis of vascular smooth muscle cells (SMCs) in vivo, and have used this system to determine that SMC apoptosis initiated by FADD overexpression includes a specific program of expression of pro-inflammatory genes that results in recruitment of macrophages. We are attempting to further define this program of gene expression, determine the signaling mechanisms through which it is regulated, and further investigate the consequences of SMC apoptosis in vivo.

We have identified a protein tyrosine phosphatase (PTPase)-like protein that resembles the tumor suppressor PTEN in that its biological activity is due to its activity as a phosphatidylinositol phosphatase (PIPase) rather as a PTPase. The receptor-like form of PTPRQ protein appears to be largely localized to specialized regions of non-proliferating cell types (including podocytes, inner ear hair cells and Sertoli cells) that are involved in cell-cell or cell-matrix interactions. Targeted disruption of PTPRQ in mice results in deafness and altered response to renal injury. We are testing hypothesis that subcellular localization of PTPRQ in specialized membrane regions plays a role in regulation of local membrane PIP composition, and that this plays a role in regulating specialized cell architecture and function by altering the local binding and/or activity of PIP-binding proteins.

Appointments and Promotions Committee, 1987 to 1993