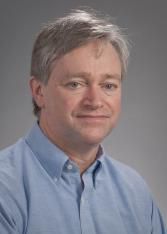 Developmental immunology: As a post-doc from 1984 to 1987, Dr. Crispe was involved in the first experiments to identify early progenitor cells in the thymus and define earlier and later subsets of such cells. At that time, putative precursors had been identified by adoptive transfer via IV injection, which excluded from analysis any progenitor cells that had already lost the capacity to home to the thymus. Working in Dr. Michael Bevan’s lab, Dr. Crispe led a group that pioneered intra-thymic injection, thus allowing the bioassay of both early and later progenitor cells. The group used FACS-sorting to purify candidate cell subsets, and analysis at different times after injection together with markers of TCR gene rearrangement to identify earlier and later thymic progenitors. This approach was subsequently adopted as standard in the field and has generated a large literature. More recently Dr. Crispe’s laboratory has addressed differentiation in Kupffer cells. These are abundant liver macrophages many of which are derived from fetal or embryonic precursors and sustain themselves locally by self-renewal. A subset of these cells is relatively radio-resistant, and the Crispe lab identified these as the early-origin subset and determined that their radio-resistance is linked to their capacity to undergo cell cycle arrest.

Liver immunology: The Crispe laboratory has been studying basic immunology in the liver since 1994. The lab was the first to show that the liver accumulates activated CD8+ T cells and that many of them undergo apoptosis. The lab is engaged with the central paradox of liver immunology: that the liver induces tolerance as an allograft, and yet appears to activate naïve T cells in situ. The lab developed AAV-based models to study local immunity in the liver. Such local T cell activation causes hepatitis, which were analyzed in detail. The lab tested the concept of local, intra-hepatic antigen presentation by the most direct possible method: the microsurgical transplantation of a liver competent to present a test antigen into a mouse that could not. This proved beyond reasonable doubt that there was local, intra-hepatic antigen presentation. In parallel, the lab developed advanced techniques for the isolation of different liver non-parenchymal cell populations and tested their capacity to present antigen to T cells This work revealed the relative capabilities of all the major liver cell types in direct versus cross-presentation of antigen. The major surprise was how effective hepatocytes themselves were as cross-presenting APC. The AAV model has been adapted to study sterile liver injury, further emphasizing hepatocytes as central players in liver immunology. The lab is currently working on bystander injury, induced in hepatocytes by the death of their neighbors.

Human liver immunology: The Crispe lab has engaged in many productive collaborations in human liver immunology. Working with Dr. Zhengkun Tu at the University of Rochester, the lab developed a research program based on the elution of immune cells from the hepatic sinusoids of living donor livers. These cells respond to innate immune stimuli, and Toll-Like Receptor ligands were used to elicit cross-talk between human Kupffer cells and human liver NK cells in co-culture. These experiments showed that HCV-encoded core protein dramatically subverted the response of human Kupffer cells to innate immune signaling, in a way that would favor immunopathology but compromise anti-viral immunity. Working with Dr. Stephen Polyak at the University of Washington, the lab clarified the distinct roles of HCV-infected hepatocytes, versus non-parenchymal cells in innate immune activation, by applying approaches to liver cell purification that were initially optimized in the mouse. The main significance of this work is that, while HCV may subvert innate immunity in infected hepatocytes, other surrounding cells such as Kupffer cells may be protected from such mechanisms and may therefore drive the innate immune response. To facilitate human liver immunology, the lab recently developed an optimized precision-cut liver slice model in which surgical tissue can be maintained for up to 2 weeks. The lab is using this platform to study vitamin A metabolism in human liver, and to evaluate the role of the liver in systemic infections such as COVID-19.

Professor of Microbiology and Immunology, University of Rochester. 2000-2008.