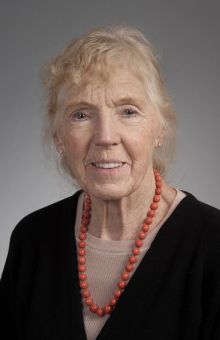 I have been involved in tumor immunology since my student days at the Karolinska Institute when I was part of the team which discovered that polyoma virus encodes a target for a tumor-directed immune response (Cancer Res.21,3289,1961). After having developed a colony inhibition assay to analyze tumor immunity in vitro (Nature 208,652,1965;Exp.Cell Res40,212,1965; Science 156,981,1967), I published together with Karl Erik Hellstrom some of the first evidence for cell-mediated and humoral immunity to a variety of human cancers (PNAS 60,1231,1968; Nature 220.1352,1968; Int.J.Cancer 7,1,1971). Subsequent studies provided some of the first evidence of the role of co-stimulation in the induction and maintenance of tumor immunity (Cell 71,1093,1992). Most of my most recent activity is in the area of tumor diagnostics, focusing on ovarian carcinoma. Our group constructed ELISA assays specific for mesothelin (PNAS 96,11531,1999) and HE4 (Cancer Res. 63,3695,2003), two of the most promising new markers for such tumors and has demonstrated their utility (Gynecol. Oncol. 95,9,2004; The Lancet 362,1612,2003; Gynecol Oncol 125,65,2012). We also constructed assays for antibodies to these antigens and demonstrated that both patients with ovarian carcinoma and women with certain autoimmune conditions (Cancer Epidemiol,, Biomarkers, Prevention 17,1520,2008), including infertility (Cancer Epidemiol., Biomarkers, Prevention 20,1970,2011; Gynecol. Oncol., in press 2013), more often than controls have antibodies to these antigens than controls, and we showed that both mesothelin (Adv Med Exp Biol 622,15,2008) and HE4 (Cancer Letters 296,43,2010) can be detected in urine. Other recent studies indicate that a Th2 type inflammation plays a key role in the progression of HPV infected cells of cervix uteri to invasive cervical carcinoma (Gynecol. Oncol. epubl July 22,20112).

The proposed studies on samples from patients with infertility or ovarian cancer for several antigens that are expressed in normal and neoplastic ovary, as well as the corresponding antibodies are likely to improve early diagnosis as well as insight to improve therapy and the chicken model provides a unique opportunity to test hypotheses relating to the role of antigens, antibodies and inflammation in the etiology and progression of ovarian cancer.