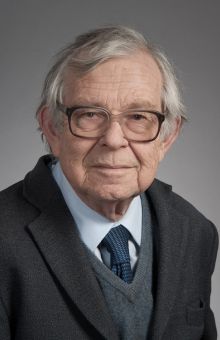 I have been involved in tumor immunology since my student days when I was part of a group which was the first to show that tumor immunization can cause rejection of transplanted cells from an animal’s autologous primary tumor (Cancer Res. 20,1561,1960). Subsequently, Ingegerd Hellstrom and I published some of the first evidence for cell-mediated immune responses to a variety of human cancers (PNAS 60,1231,1968; Nature 220.1352,1968; Int.J.Cancer 7,1,1971), and showed that these reactions can be inhibited by tumor antigen and antigen-antibody complexes (PNAS 68,1372,1971) by a mechanism that involves suppressive T lymphocytes (Adv. Immunol. 18,209,1974). Other studies provided early evidence of the role of co-stimulation in tumor immunity (Cell 71,1093,1992; JEM 179,523,1994), demonstrated anti-cancer activity of Mabs to CD137 (Nat. Med. 3,682,1997) and showed that the E6 and E7 epitopes of HPV 16 and 18 are targets for tumor rejection. Our group also made some of the first MAbs to human cancer antigens (PNAS 76,2927,1978) and demonstrated their utility for targeting anti-cancer agents (Science 261,212,1993). Our more recent work has focused on how to overcome tumor-related, local immunosuppression e.g. by engaging CD137 (Nat.Med. 8,343,2002; PNAS 101,4990,2004; Cancer Res 67,2339,2007). Recent work has also concerned cancer diagnostics, leading to the first demonstration of mesothelin and HE4 as biomarkers, showing that patients with ovarian cancer and certain autoimmune conditions more often than controls make antibodies to mesothelin and HE4 (Expert Opin. Med. Diagnosis 5,227,2011; Gynecol. Oncol, in perss 2013) and that both antigens can be detected with higher sensitivity in urine than in serum (Expert Opin. Med. Diagnosis 5,227,2011) . Other studies indicate that a Th2 type inflammation plays a key role in the progression of HPV infected cervical cells to invasive carcinoma (Gynecol. Oncol. epubl July 22,2012) and that a shift from a Th2 to a Th1 type inflammation can cause long-term tumor regression (J. Immunother., May issue 2013, in press).

The proposed studies on samples from patients with infertility or ovarian cancer for several antigens that are expressed in normal and neoplastic ovary, as well as the corresponding antibodies are likely to improve early diagnosis as well as insight to improve therapy and the chicken model provides a unique opportunity to test hypotheses relating to the role of antigens, antibodies and inflammation in the etiology and progression of ovarian cancer.