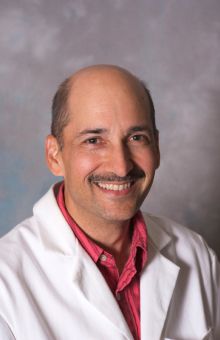 03.03.16 | Garcia and Kapur Voted as Top Doctors in Seattle Magazine

My interest in developmental biology and genetic disorders stems from an extraordinary middle school science teacher, Mr. Sarris. Apart from his thick-rimmed black eyeglasses, he was anything but the stereotypical scientist. He’d lost his right arm (in the Second World War?) and his gravel baritone and yellow teeth were testimony to a 2-pack-per-day habit. But, he knew how to teach. We had “hands-on” projects using planaria, earthworms, frogs and even fruit flies, in an era before Drosophila genetics acquired the glamour it connotes today. And somehow, perhaps under the influence of the ether we used to anaesthetize the flies, I got hooked. From that point, I was passionately interested in experimental biology and as an undergraduate at UCLA, I worked in three different laboratories as a volunteer with an insatiable appetite for the laboratory. A typical weekend included a visit to the Veterans Hospital to serve as bartender for rats we kept drunk to study the effects of ethanol intoxication on calcium uptake into synaptic vesicles. Ah the good-old days.

Since that time, my research interests have been more focused. My general field of study is the pathogenesis of birth defects. As part of the diagnostic pathology service at the Seattle Children’s Hospital, I evaluate humans with various developmental disorders, in an effort to understand the underlying etiology and clinical significance of such conditions. My primary research activities involve the following two unrelated topics:

1. Congenital malformations of the enteric nervous system. The neuromuscular anatomy of the gut is complex, and subtle perturbations of neural circuitry, neurochemical coding, or molecular signaling can results in profound clinical disease. Through a combination of work with animal models, in vitro systems, and detailed analysis of human tissue samples, I seek to better understand the etiologies and pathologies of these conditions.

2. Androgenetic-biparental mosaicism (ABM) and the pathogenesis of hepatic mesenchymal hamartoma (HMH). HMH is a rare type of liver tumor that occurs predominantly in infants. It has been associated with two seemingly independent genetic alterations, chromosome 19q13.4 rearrangements and ABM. In ABM, a subset of the patient’s cells are diploid, but contain only chromosomes derived from the father and therefore show pan-genomic paternal imprinting. These two genetic observations support the hypothesis that an imprinted locus on 19q13.4 plays a role in the pathogenesis of ABM. My research investigates this hypothesis using human tissue samples and molecular genetic techniques.

Board Certified in Anatomic Pathology

Board Certified in Pediatric Pathology