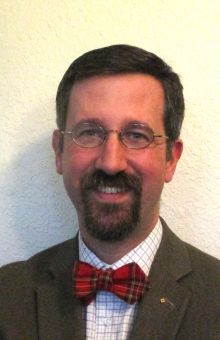 Dr. Urfer is a veterinarian with a background in population genetics and survival analysis. He is currently working on the Dog Aging Project in the UW Department of Laboratory Medicine and Pathology.

After earning his veterinary degree from the University of Bern in his native Switzerland in 2004, Dr. Urfer wrote his doctoral thesis at the Institute of Veterinary Genetics, also in Bern, and received his doctorate in 2007. He then joined the Ostrander Lab at NIH/NHGRI in Bethesda, Maryland on a postdoc grant from the Swiss National Science Foundation, where he worked on inbreeding effects in a large dog population. Following this, Dr. Urfer joined the Wolf Lab at UW Medicine Pathology as a postdoc in 2008, where he mostly focused on cataract as a biomarker of aging in dogs of various sizes, as well as age-related cataracts in various species. Following Norm Wolf’s retirement, he worked on analyzing large veterinary databases in cooperation with the private sector, investigating preventive veterinary interventions that could have beneficial effects on overall life expectancy in dogs.

In 2016, Dr. Urfer came back to the UW as a Senior Fellow to work on the Dog Aging Project, and was promoted to a faculty position in 2019. He is studying clinical veterinary data, the effects of rapamycin on healthspan in various species, as well as specific diseases such as Dilated Cardiomyopathy and Canine Cognitive Dysfunction, which shares many clinical and pathophysiological characteristics with human Alzheimer’s Disease.